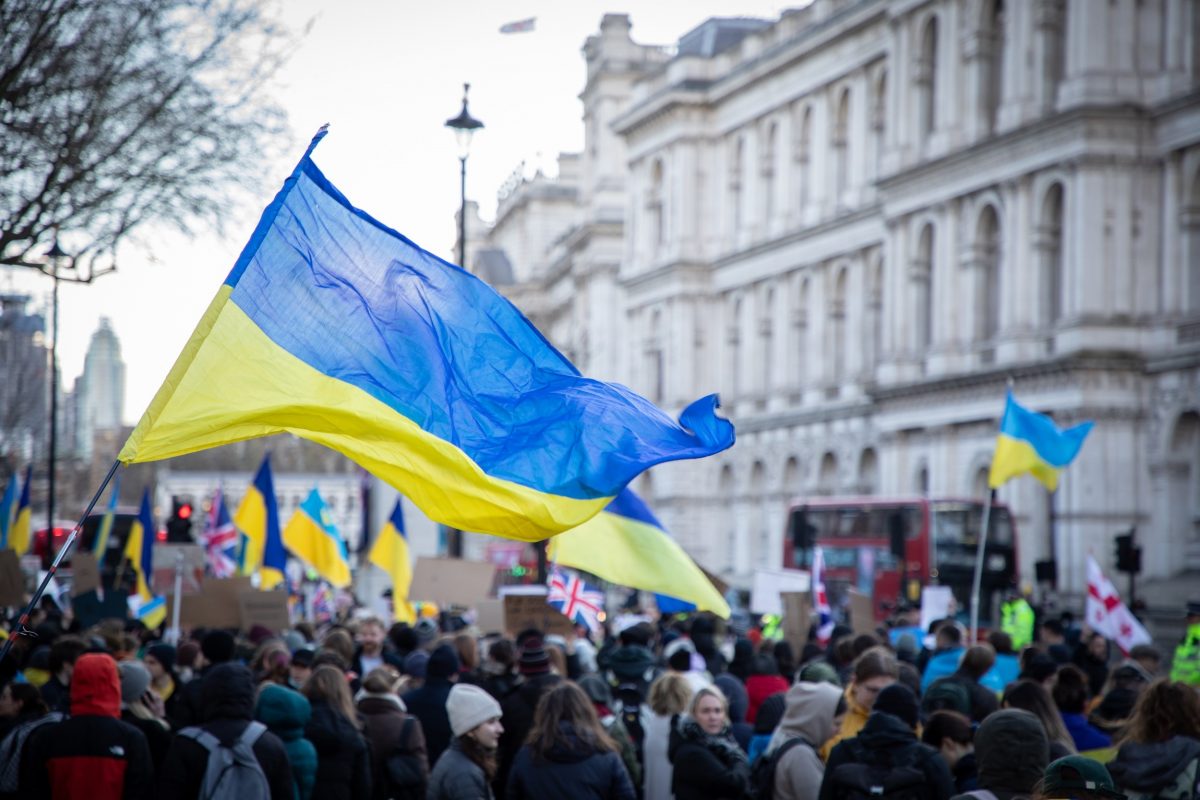 Our team at Sourced have been watching the invasion of Ukraine unfold with heavy hearts as has the rest of the world. We strongly condemn the violence taking place and stand firmly alongside the Ukrainian people. Our hearts go out to the millions of people impacted, including those in our own community who have felt the impact.

When it became clear on the severity of the crisis a few months ago, one of our own franchisees, Adam Lewczynski, decided to take action and support the Ukrainian people affected by this atrocity. Together with a number of friends and business contacts, they initially bought an old transit van (now affectionately named Big Blue) and it grew from there.

Initially, they started contacting friends and family to donate goods and funds. Within a matter of weeks, the idea had grown into a convoy of 5 vans fully loaded with medical supplies, nappies, toiletries, clothes, electric generators to support hospitals, and even dog baskets all heading for the Ukrainian border at Medyka.

Since then, what started out as an instinctive reaction, has grown into a fully registered charity, HAFGB (Reg No 1199500) www.hafgb.co.uk , partnering with organisations such as the Hertford based foodbank, HertFood, who have been tremendously committed, as well as the distribution warehouse volunteers at the border camps.

HAFGB has continued to send vans and lorries of essential supplies on a regular basis each month and so far over 250 tons of supplies have been delivered and donations received in excess of £225,000. The generosity of the general public has been amazing.

However, the plight of those affected in Ukraine is still horrendous and the need for humanitarian aid and essential goods for those affected is relentless. As well as transporting supplies, the Charity and its partners are also heavily involved in helping the refugees find host-families in the UK.

After many successful trips, Adam and his Sourced partner, William Gardner, are now planning their next trip in early 2023. The journey to drive these vans across Europe to the border which has been self-funded by Adam, William and the charity group.

Upon hearing about their efforts, Sourced Franchise wanted to help in any way we can and are proud to announce that we will be sponsoring their next trip in the coming weeks. Our values are integral to everything we do and to see some of our franchisees show these in such an outstanding way makes us really humbled. That’s why it was a no brainer for us to get involved and help in any way we could.

Each trip involves significant planning including van hire, fuel, Eurotunnel tickets and accommodation with each 2,500-mile round trip taking around 4-5 days each time. Generally, the cost for each trip, without any supplies, is estimated to be around £2,000 per van, so if you’re interested in helping both Adam and William with their trip, you can donate to their JustGiving page here.

A shoebox appeal has also been launched to deliver presents to the affected children in time for Christmas. More info at here.

We’ll also be sharing updates and progress on Adam and William’s latest journey across our social channels so stay tuned and please support in any way you can.

At Sourced, we have compiled a list below of other ways you can help support the Ukrainian people during this time. From donating to organisations doing critical work on the ground to hiring Ukrainian talent, there are many tangible ways to lend your support. This is based on the UK Gov website.

If you want to donate money, there are a number of charities providing humanitarian relief in Ukraine. Donate here.

Apply to be a Sponsor

The government has launched a new sponsorship scheme to make sure that Ukrainians who have been forced to flee their homes have a route to safety. The scheme will match people, charities, businesses and community groups to Ukrainians who do not have family ties to the UK.

More details on the scheme can be found here.

One of the best ways to help is by donating cash through trusted charities and aid organisations, rather than donating goods. If you want to get in touch with Adam, then email him at [email protected] to find out more ways you can help.

Finally, make sure you check out our social channels over the next few weeks once they embark on their journey as we’ll be sharing the progress of their phenomenal efforts.